Can you name five famous left handed guitarists? I’ll bet you can – but I’ll also wager that after five or so you would start to struggle! To help out, here’s a list of some of the best known left handed guitar players both past and present. 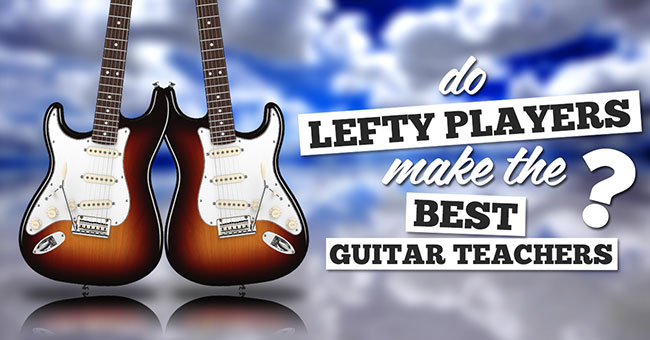 Is it just me, or is it safe to say that the majority of southpaws are sick to death of being force fed budget, gloss black guitars? Judging by your feedback it would seem that I am not the only one who feels this way. 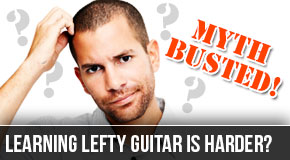 There seems to be a lot of false information floating around the internet in regards to learning to play left handed guitar. This article will hopefully serve to clear up some of these misconceptions which unfortunately seem to be fairly widespread. 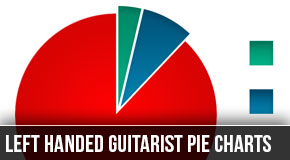 Who doesn’t love a good old pie chart? Here are a few observations that left handed guitar players maybe able to associate with – in the form of pie charts! 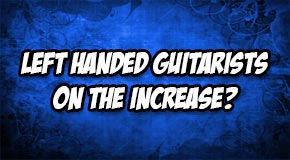 In the video (see below) he chats about how he wasn’t even aware that such a thing as a left handed guitar existed when he first decided to start playing.  Whilst listening to him talk it really hits home about how unconnected the world was as little as 50 years ago.  He talks about getting little nuggets of information about guitars from other bands or from friends of friends.

Throughout the comments section for this video on YouTube there are several users who describe how they were in the same situation when they were younger and first getting into guitar.  They either didn’t realise left handed guitars existed or they simply could not find one in stores.  Another frequently mentioned theme in the comments is that all of these people are fiercely proud of being left handed, which is very cool! 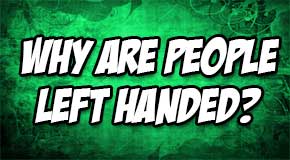 Ever wondered why a small percentage of the population are left handed? The scientific jury is still out, but check out a few of these possible theories! 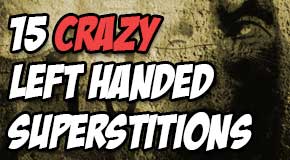 Let’s deviate from left handed guitars for a second and chat about being awesome left handed people in general.  We’ve compiled a list of 15 superstitions, myths and tales of folklore which show the stigmas associated with being left handed in times gone by.

For the most part there are very few positive myths associated with the left hand.  The overwhelming majority of left handed superstitions involve some general theme of bad luck and evil, devil worshipping madness.  Hope you aren’t too superstitious!

3.Staying on the subject of drinking – giving a toast with your left hand is the same as placing a curse on the person(s) you are toasting!

4.In the profession of dressmaking it is considered bad luck to attach the left sleeve before sewing on the right one.

7.If you have an itch on your left palm this means you will need to pay some money out, whereas if it’s on your right you will be the one receiving the cash.

8.The Devil has been associated with the left handed for thousands of years. In 1431 Joan of Arc was found guilty of being a witch and burned at the stake.  Depictions show her as being left handed in order to make her appear more evil!

9.The tradition of wearing your wedding ring on the left handed was started by Romans, who used the ring to ward off evil associated with the left. 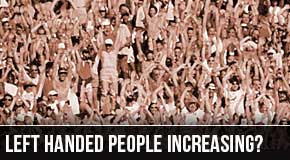 Don’t ask me why, but this afternoon I found myself browsing the New Scientist website for articles relating to being left handed.  I guess it’s just natural that a by-product of running a left handed guitar website is developing an interest in the reasoning behind our ‘gift’.

So following on from my article asking if numbers of left handed guitar players are increasing, this one should address the science behind why left handers in general are increasing. To quote the great Ben Affleck in his super-manly shampoo commercial…”here comes the science…”

I read many interesting articles but the point that cropped up the most was that left handed people are becoming more and more common.  A study carried out by the University College London (UCL) found that the proportion of left handed people stood at just 3% of the population only 100 years ago, whereas now it has increased to 11%.